Congratulations to the students and staff in Coláiste Mhuire Johnstown who have worked continuously over the past few years to promote Mental Health and Suicide Awareness through a variety of initiatives and workshops with partners in these fields.

Further recognition of these efforts came this afternoon (Friday, 11th September 2015) on receiving the Ambassador School Award from Jim Breen of Cycle Against Suicide at a reception in the plush surroundings of Farmleigh Estate in Co Dublin.

Having previously worked in areas such as Internet Safety & Cyberbullying, the committee extended their focus to Mental Health and Suicide Prevention.  Among the many initiatives last year was to participate in the Cycle Against Suicide in May as they made their way from Thurles to Portlaois as well as providing a Sos Beag (Official Rest Stop) along the N8 route – the old Cork-Dublin road.

Further information on all of the above can be obtained through clicking on the various links below or speaking to our Home School & Community Liaison (HSCL) co-ordinator Ms Patricia Costello on 056-8831135. 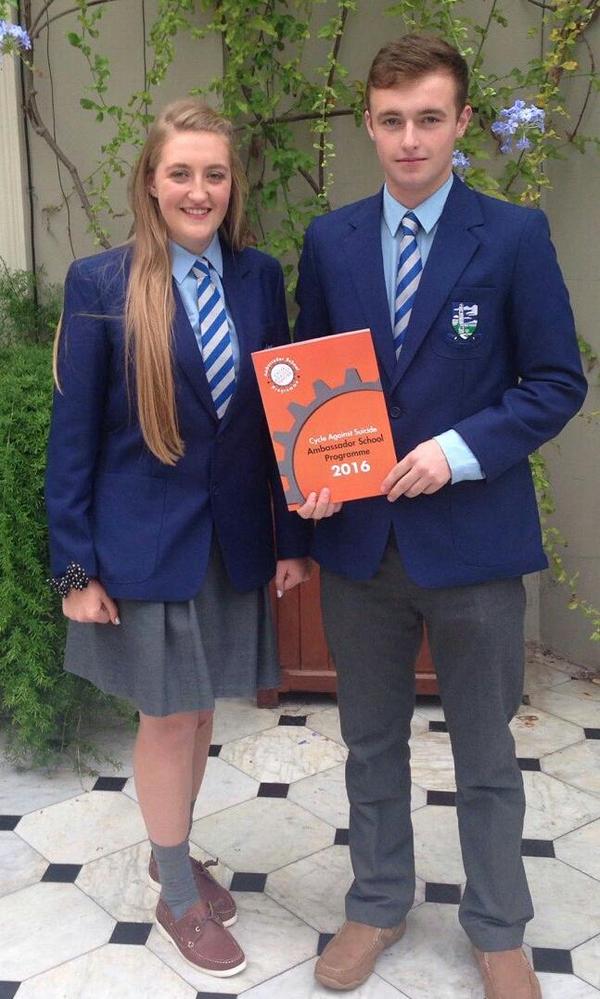 National Youth Congress & Launch of Cycle Against Suicide in RDS (2014)

Staff & Students from Coláiste Mhuire complete Cycle Against Suicide (May 2015)