Congratulations to the players and management involved in today’s historic victory over St Mary’s C.B.S. Enniscorthy (Wexford).  The prize was the Leinster Post-Primary Schools Senior Hurling “B” Rest of Leinster shield and the game was played in MW Hire Park, Dunmore with referee Anthony Stapleton (Laois).

The St Mary’s boys again started the second half brighter and levelled matters at 0.05 a piece after 5 minutes.  However, they were to be held scoreless for the remainder of the game while Coláiste Mhuire kept the score board ticking over at regular intervals.  The result of which saw Coláiste Mhuire finish worthy winners on a 0.09:0.05 scoreline.

The management and players would like to thank everyone from the school community and neighbouring clubs who have supported them to date. They now go on to contest the All-Leinster final versus Ard Scoil Rís (Dublin 8) on Monday, 7th March at a venue to be decided.   Continued and increased support of our team would be greatly appreciated.

Team (see image of programme below) and Scorers to follow. 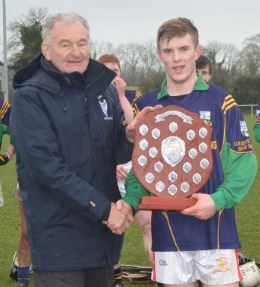 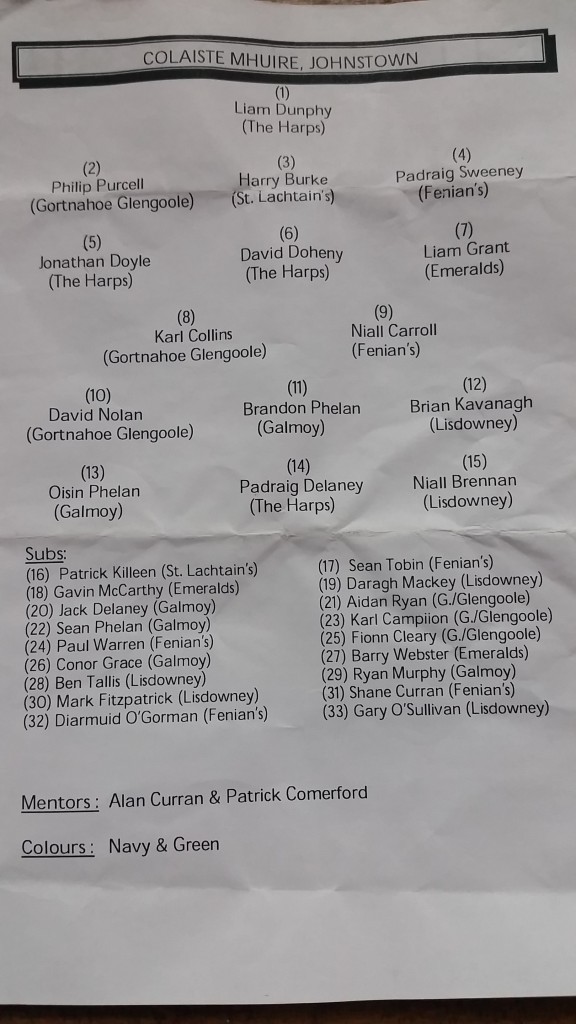