Mr. Walsh taught Science for years and was responsible for establishing this new venture.  He spent 40 years working diligently for the school community.  He loved the school garden and in 1978 and 1979 our school was honored with first place in Ireland for the best-kept school garden with a wide range of shrubs/flowers.

In the 1950’s the only examination available was the Group Certificate which students sat after two years.  In the late 1960’s, students could sit the Intermediate Certificate and the Leaving Certificate was introduced in 1977. 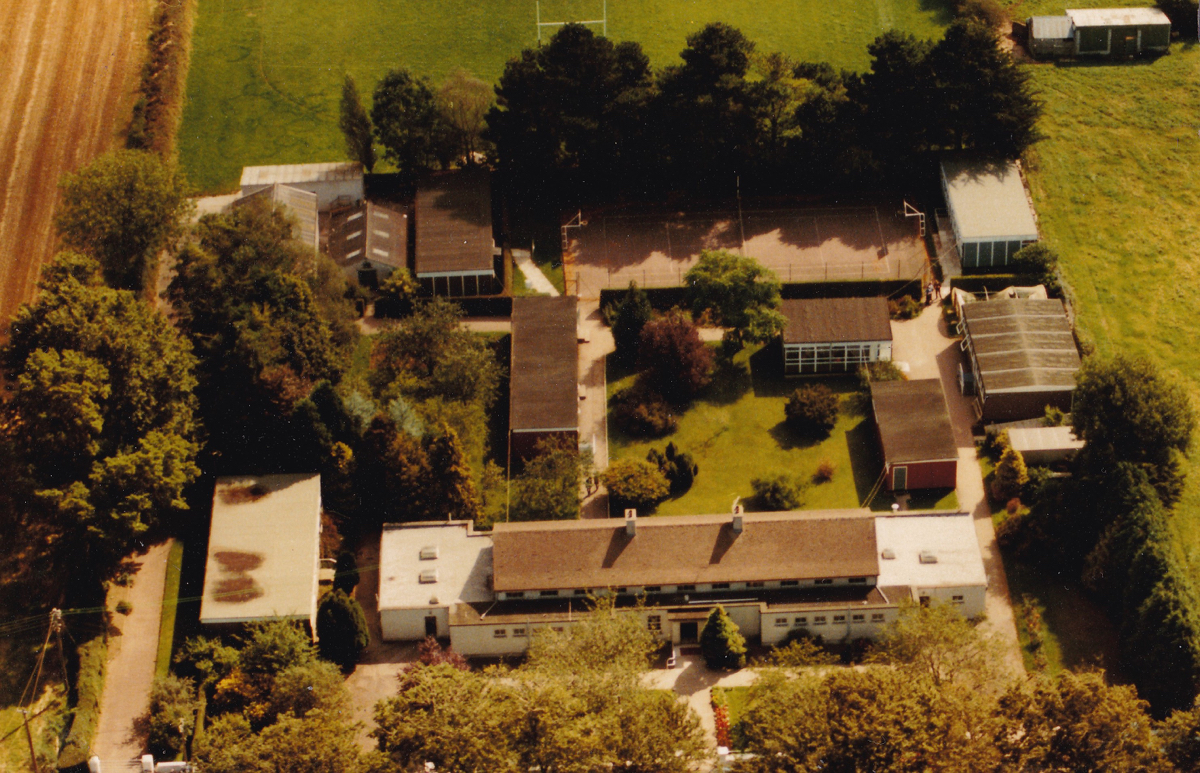 Aerial View of Old School
After years of campaigning a new school was built in 1995 to cater for 300 students under the stewardship of then Principal Mr. Chris Greene and Deputy Principal Mr. John Cahill.  The sports field was extended, and thus a modern educational facility was available to the community. 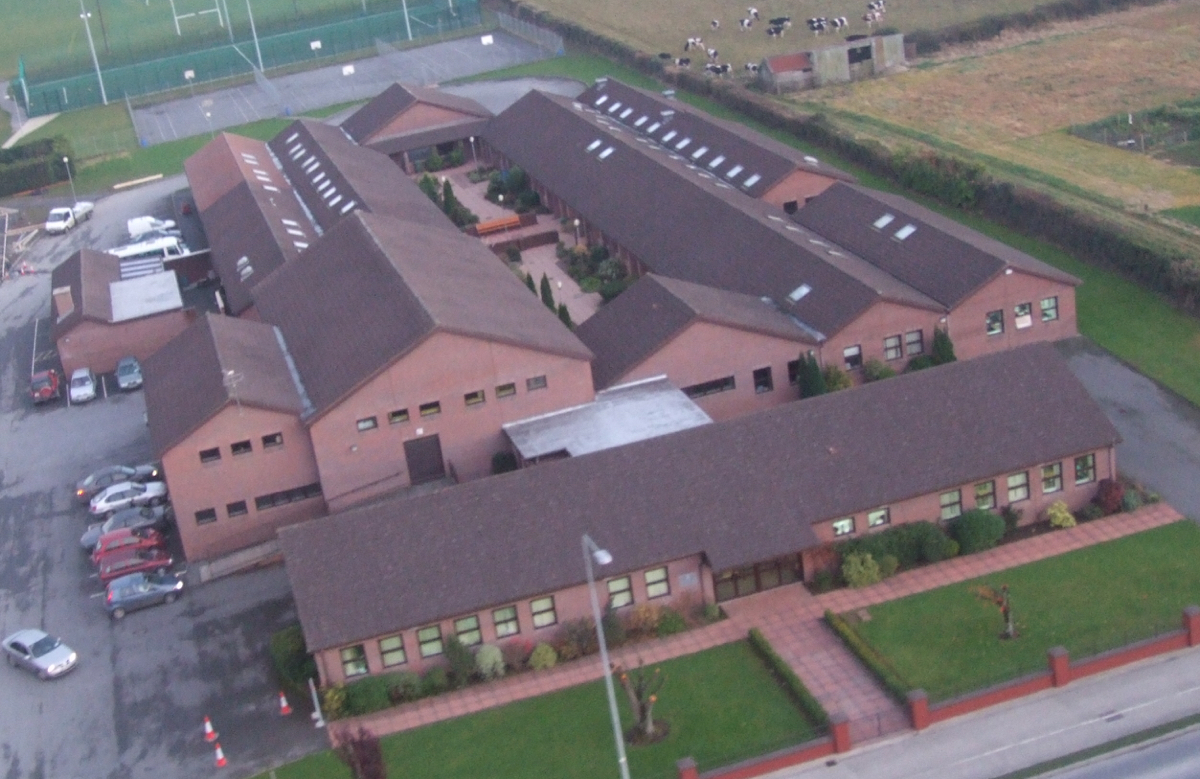 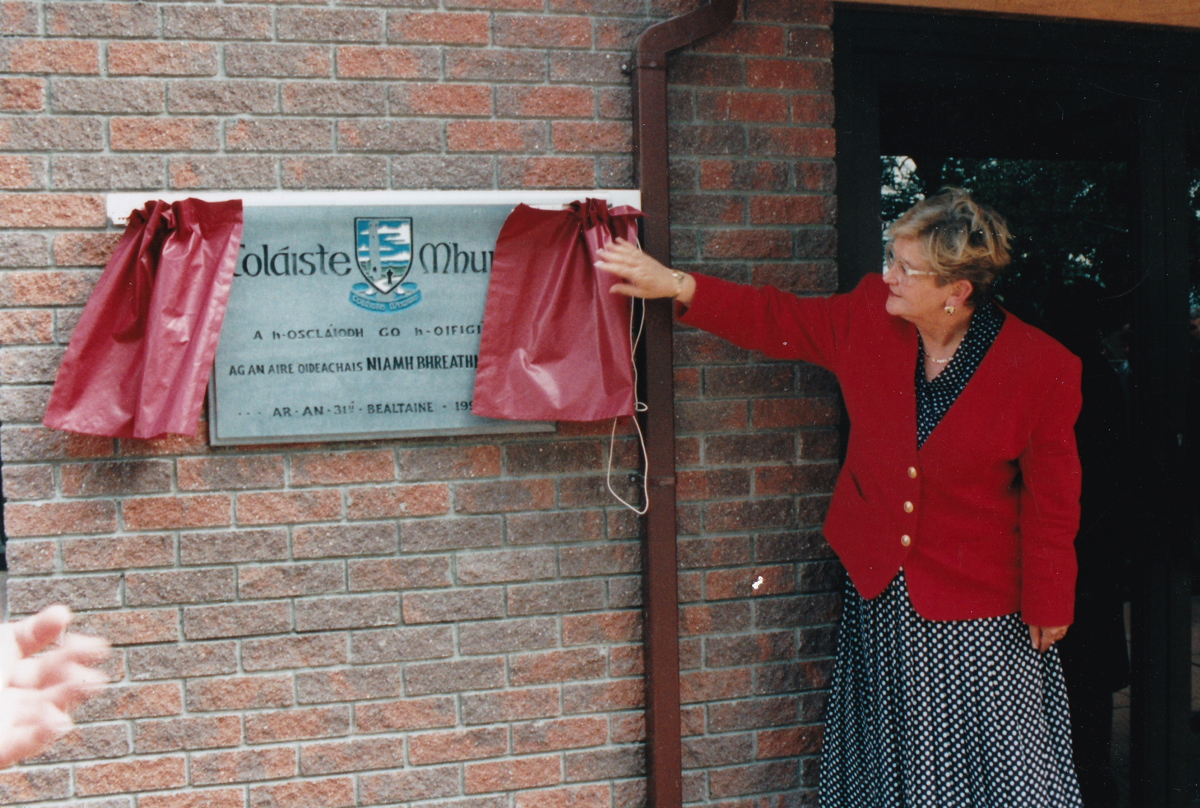 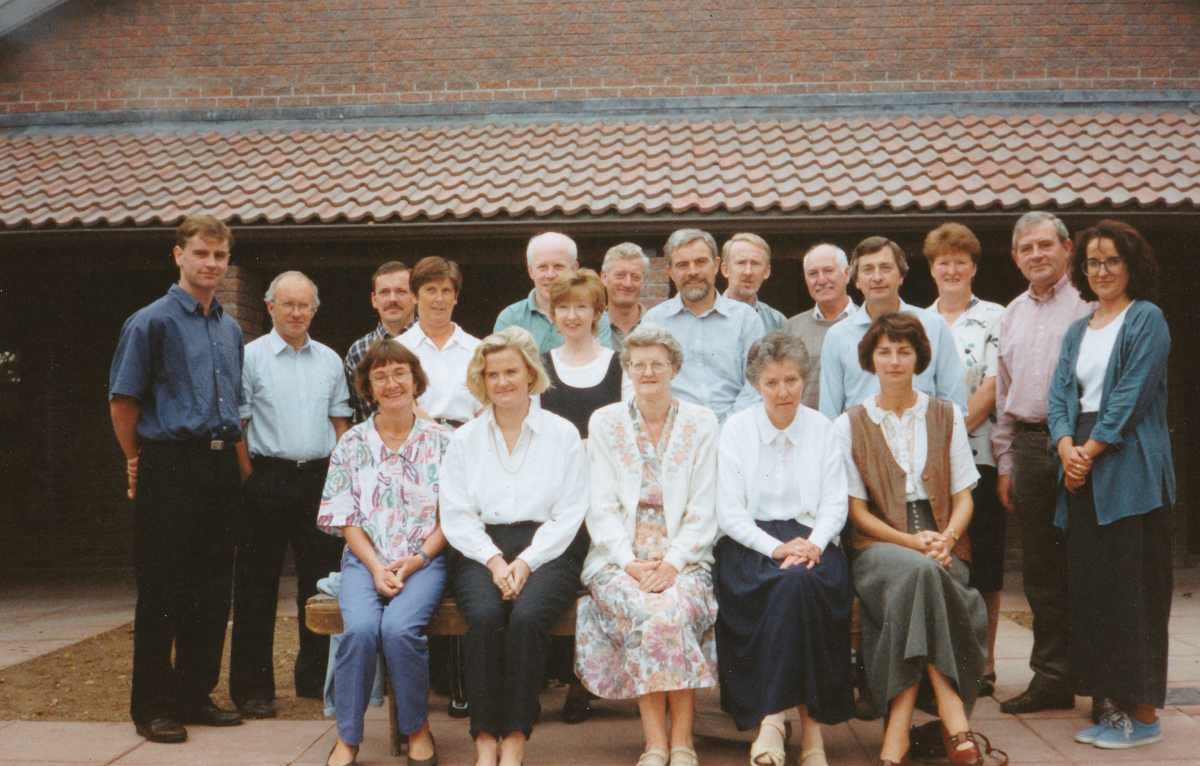 Three new classrooms were built with parental contributions in 2003. An All-Weather pitch was opened in 2006 and a second All weather pitch was opened in 2009. In 2019 the school opened two new wings. The first wing compromising of a full ASD unit which is positioned to the front of the school. The second wing compromises of a second state of the art woodwork room and preparation area and four new general classrooms. The school numbers today comprise of six hundred students coming from Counties Kilkenny, Laois and Tipperary and has over fifty teachers on staff.

In recent years the school has had success at u14 and u16 hurling and all grades in camogie competing in and winning Leinster finals. We have also experienced great success at Badminton and Handball. Basketball is now a main feature of the girls sporting calendar and although it is a relatively new sport in Coláiste Mhuire the girls are making massive progress year on year.

Famous sporting past pupils include Ger and John Henderson, Murty Kennedy, David Burke, Stephen Grehan, and more recently J.J. Delaney, P.J. Delaney and Davina Tobin who have represented Kilkenny with great distinction in hurling and camogie. In 2019 Aidan Tallis was selected as a member of the minor all-stars following his heroic efforts in the black and amber.

Coláiste Mhuire takes great pride in serving the community and continues to open its facilities for night classes and sporting activities. We have harnessed strong links with local enterprise, sporting organisations and the community . The school has come a long way since its inception in 1952; the past and present Principals and all associated with this fine school are justifiably proud of it, as can the community which it serves. 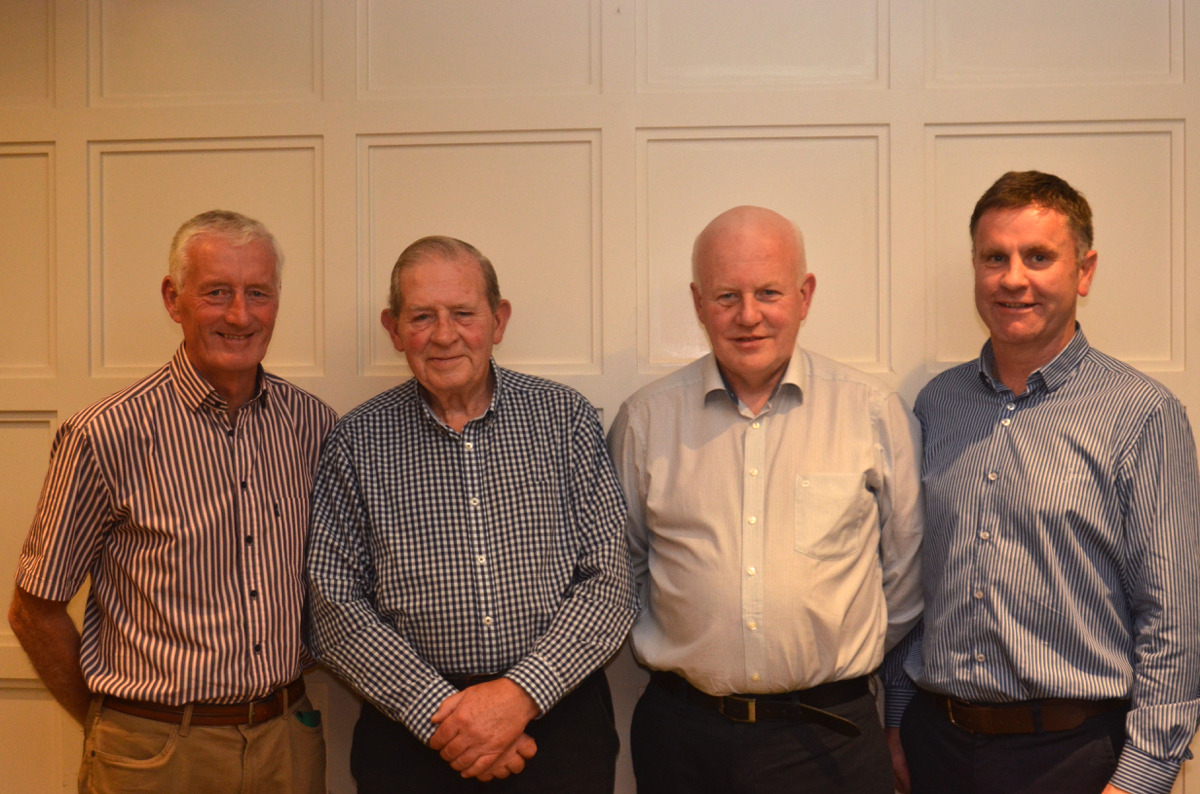