Congratulations to Transition Year student James Wellwood on winning his category in the recent Texaco Children’s Art Awards.  James attended a reception at the Hugh Lane Gallery in Dublin yesterday (Tuesday, 19th April 2016) where the seven category winners were awarded.  An overall winner was selected from these magnificent seven entries with Marta Turalska from Co Limerick receiving the honour. 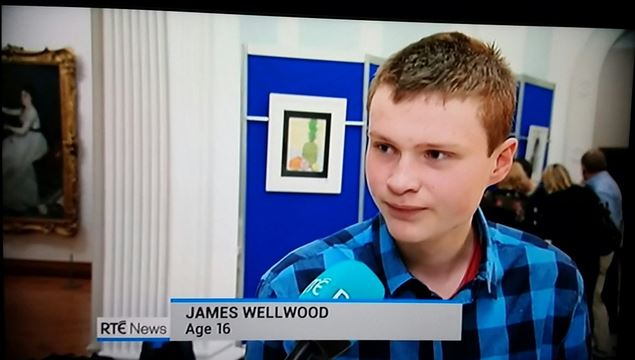 James was interviewed by an RTE reporter and was featured on the 6 o’clock and 9 o’clock news.  You can Watch the Video of this news feature by clicking on the following link: 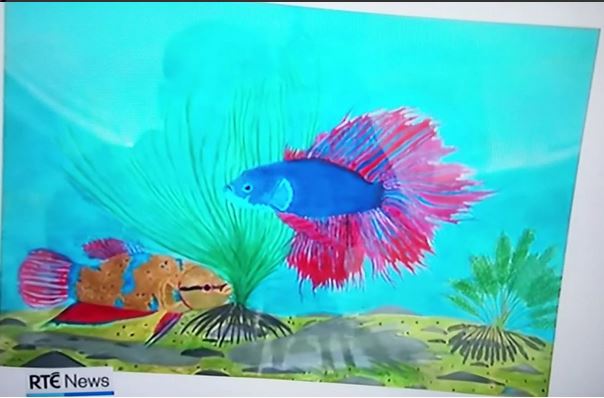 This is the latest in a long line of Art awards that James has won during his time in Coláiste Mhuire.  Others include Credit Union and Doodle 4 Google awards for the gifted artist.  We wish James and his Art teacher, Ms Anne-Marie Ryan, continued success in the months and years ahead.

For further information on the Texaco Children’s Art Awards and their exhibition dates and venues, please visit www.texacochildrensart.com or click on the link.